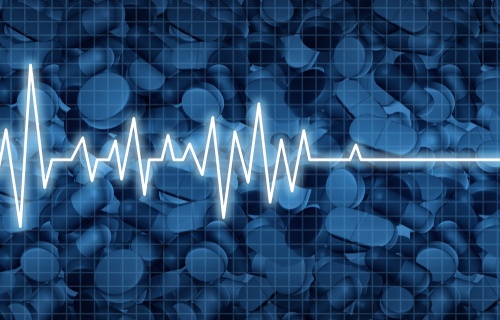 Illinois will receive an additional $15 million to fight the opioid epidemic, with the state on course to receive $29 million in 2020, the Illinois Department of Human Services (IDHS) has announced.

IDHS Secretary Designate Grace B. Hou said the money, which is coming from the U.S. Substance Abuse and Mental Health Services Administration, will be used to ensure that all communities throughout the state have access to treatment for opioid use disorders.

“Through the expansion of medication-assisted treatment, increased number of recovery homes, additional substance use treatment at local jails and hospitals and the continuation of community outreach, Illinoisans will have more access to treatment than ever before,” Hou said.

Since September 2016, Illinois has received more than $82 million in federal funding to expand the prevention and treatment of opioid use disorders and the state’s response to opioid overdoses.

What the new funding will be used for

The funding, IDHS said, will strengthen and enhance the Illinois Prescription Monitoring

Program (PMP) to continue the state’s efforts to prevent the misuse of prescription opioids, and continue to support the availability of naloxone, a life-saving drug that can reverse the effects of an opioid overdose.

The state is expected to expand the Illinois Helpline for Opioids and Other Substances, a signature program which has received more than 11,000 calls and 21,000 website visits since it launched in 2017.

Some of the programs on which the state will embark include outreach efforts in hospitals and jails, “as well as street-based outreach that will help us engage people who are experiencing opioid use disorders and help them connect with care,” Substance Use Prevention and Recovery (SUPR) Director, Dani Kirby said.

The funding will primarily be used to increase access to medication-assisted treatments, which Kirby said have been shown to increase a person’s chance of recovery.  The funding will also be used for programs that seek to end the stigma associated with seeking treatment for opioid use disorders.

“The influx of federal dollars has not only helped us to expand access to medication assisted treatment programs, but also to pilot new programs to find out which ones are bringing the most successful prevention, treatment and recovery efforts to Illinois residents,” Kirby, said in a statement.

Cook, DuPage, Will, Lake, St. Clair and Madison counties, which have been hardest hit by the opioid crisis will receive priority in distributions of the new funding.

Just how bad is the opioid crisis

In addition, last year, the Illinois Department of Public Health revealed that a spike in injection drug use linked to the opioid epidemic may have spawned a sharp increase in the prevalence of hepatitis C infections. Hepatitis C infections in the state rose by a whopping 43 percent between 2006 and 2017, an increase of around 3,000 cases, and most were reported in people under the age of 35.

In light of these jarring statistics, Illinois has introduced a number of programs to combat the opioid crisis that has been wreaking havoc across the state. Last year, the state introduced a raft of new laws that expanded telehealth services for patients on Medicaid. Supporters of the newly introduced laws optimistically said they would strengthen “the attack on the opioid crisis.”

The state also introduced the Opioid Alternative Program to mitigate the effects of the opioid epidemic. Under the program, patients with a prescription for opioids, or those who would have been prescribed one, are allowed immediate access to medical marijuana.

There have been some wins for Illinois in the fight against the epidemic. The state leads the U.S. in Mental Healthcare, as it was the only one with an A-rating last year in Federal Parity Laws, according to a survey by the Kennedy-Satcher Center for Mental Health Equity, The Kennedy Forum, The Carter Center, and Well Being Trust (WBT) Center.

The opioid crisis is sweeping across the U.S., with authorities scrambling for ways to address it. One innovative program, Google Maps has rolled out a new update that shows users the nearest drug disposal location. Google hopes to use it to address the opioid crisis in the U.S., which is at an all-time high. In the pilot program, Google worked with Walgreens and CVS Health. It also worked with state governments in Alabama, Arizona, Colorado, Iowa, Massachusetts, Michigan and Pennsylvania and set up 3,500 drop off points in those states.