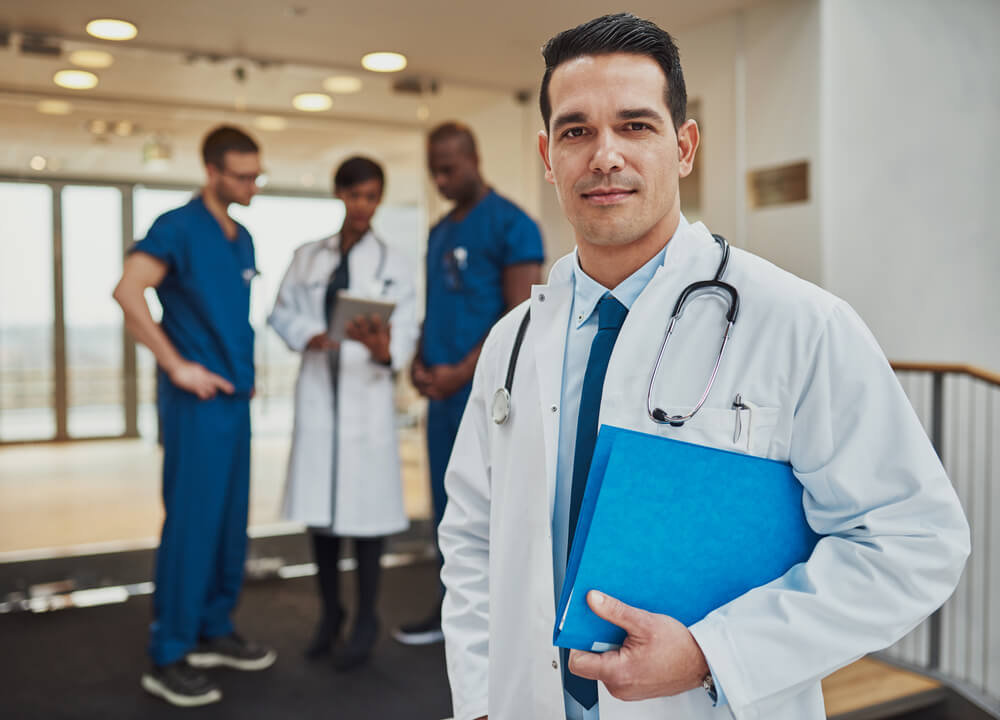 U.S. Senator Dick Durbin has toured several parts of southern Illinois, where he is talking up his proposals to bring more doctors to rural areas.

Durbin is promoting legislation that will bolster the National Health Service Corps (NHSC) program at the Gateway Regional Medical Center. St. Louis Public Radio reported that the program has been sending medical professionals to underserved communities since 1972, and in turn helping those professionals by offering student loan debt forgiveness.

The NHSC program provides up to $50,000 annually to repay student loans for primary care doctors, dentists, behavioral health clinicians, nurse practitioners, and physician assistants in return for two years of service in a “health professional shortage area.”  Eligible locations include urban and rural hospitals and community health clinics with a shortage of providers. It grants approximately 3,100 new loan forgiveness awards each year — but only 30 percent of NHSC program participants serve in rural communities.

The legislation Durbin is promoting — the Rural America Health Corps Act — is expected to build on the existing NHSC program by extending the amount of time medical professionals can serve in rural communities from two to five years and will authorize $25 million toward bolstering the program.

In addition, Durbin is proposing a new loan forgiveness award, where doctors, dentists, behavioral health clinicians, and other health care professionals can have up to five years’ worth of their medical school student loan debt forgiven. With this proposal, he hopes to see more doctors going to work in southern Illinois.

Under his proposed law, “there would be an enticement there for more loan forgiveness for a longer period of service, which we hope … means that they’ll come to like these communities and want to build a practice here,” Durbin explained.

“Many of these medical professionals finish their medical education with a ton of debt, student loan debt. One of the first things on their mind is to find a job or opportunity to retire their debt,” Durbin said.

In a statement last month, after he introduced the bill, Durbin said: “Patients across rural Illinois face challenges accessing the health care they need because of serious workforce shortages – with too few medical providers and long distances between them.  Our bipartisan bill provides new funding and support for rural communities by expanding loan forgiveness programs so we can attract and retain more doctors, dentists, behavioral health specialists, and nurses.”

It is estimated that 20 percent of Americans live in rural communities, yet only 11 percent of physicians practice in rural settings.

Giving more context on why there is a need to bolster the NHSC program, Durbin said that at the moment, there were 550 medical professionals in the NHSC program working in Illinois. However, only 70 of those professionals work in downstate Illinois while the vast majority works in Chicago.

“We know in downstate Illinois its a challenge. In many parts of our state, particularly in the rural small-town areas when the hospitals are trying to attract these young professionals, it ends in a bidding war,” Durbin was quoted as saying.

Durbin introduced the bi-partisan legislation together with Republican Tennessee Senator Marsha Blackburn, R-Tennessee. They hope that, if it is approved, it would give the NHSC program “specific” and “real” direction that will bring medical professionals to underserved areas.”

This year, Durbin has introduced two other pieces of legislation, the Flat Prices Act and the Remedy Act, which focus on pharmaceuticals.

Under the Flat Prices Act, pharmaceuticals would be slapped with a penalty if they increase the price of prescription drugs by more than 10 percent. The REMEDY Act, on the other hand, is meant to crack down on pharmaceutical patent abuse that “shields” brand name drugs from generic competition. The law would narrow barriers generic drugmakers face when seeking Federal Drug Administration approval to help bring lower-cost competition to the drug market and remove the incentive for brand-name pharmaceutical companies to amass “excessive numbers” of the follow-on, it was reported.

The issue of rural and critical access hospitals is quite topical in Illinois; there is a feeling that they are chronically underfunded. Earlier this year, Governor J.B Pritzker signed Senate Bill 1469, which he said will bring significant resources to critical access hospitals, adding that the $55 million in funding will have a profound impact on centers of healthcare and community in regions across Illinois.