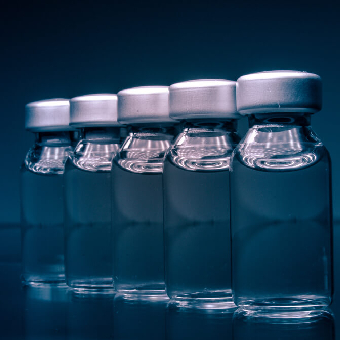 New data on Zolgensma, a SMA gene therapy drug, has been released to showcase that the product is more than ready for a European launch. This is a drug which is aimed at helping to combat the extremely rare muscle-wasting disease spinal muscular atrophy (SMA).

This new data on Zolgensma is from phase three clinical trial of the gene therapy and it provides further confidence to European nations of the product’s quality. It has been just five months since the European Commission granted conditional marketing authorization for Zolgensma, and this data looks very promising indeed.

Initial Roll Out In Germany

After receiving the green light from the European Commission, Novartis plans to roll out the new pharmaceutical in Germany after striking a deal to price the drug at almost two million euros, making it one of the world’s most expensive drugs, as we covered here after Novartis agreed with the US FDA to price it at slightly more than $2 million per patient. The price originally put some investors off.

Germany’s system of offering new drugs free in their first year, however, means the price would not be passed on to the government until the country’s AMNOG cost-effectiveness system begins assessing the drug’s benefits and fixes the price after the first year.

Swiss company AveXis raised concerns over price, stating that the lifetime cost of treatment would be upwards of three million euros. In addition, the UK showed interest in the drug but wished to see further testing and assessments, something which it now has.

Thirty-three babies were treated during stage three clinical trial, all of whom had been born with this rare genetic disease. Initial data on Zolgensma from the results showed that twenty-one of those patients had made significant progress with their motor skills.

The mean follows up for their milestones was just 10.6 months. This indicated that treatment would provide results for an average of that time. An example of motor skill improvement was actions such as sitting without assistance for a longer period of time.

There were zero cases of babies who required ventilation following the study, who had previously entered into the study without requiring it. Sixty-seven percent of participants were able to eat a meal without support. A final piece of positive data on Zolgensma was that the majority of the children achieved a higher score on a commonly used neuromuscular function test.

Signs of Encouragement And Growth

To achieve these results at phase three is incredibly encouraging for both Novartis and patients with SMA. These results are more impressive than the phase one results were, by quite a stretch.

What Does This Now Mean For The Future Of The Drug?

Novartis looks to really be focusing on Europe right now, and that is because they have a great opportunity to take on the competition, Biogen’s Spinraza. The ace up their sleeve is that European approval means the drug can now be used in kids weighing up to twenty-one kilograms. This weight includes most children under the age of five.

Currently, with only FDA approval, the drug is limited to use in children under the age of two. It is clear that this new data on Zolgensma and the European approval will give Novartis the chance to take a larger market share.

In the US a campaign is underway for the company to gain FDA approval for use of the drug in kids over the age of five. The challenge here is that the FDA wants to see new data on Zolgensma following a phase three trial here, which will push costs up.

This expense wouldn’t fit in with the company’s spending forecasts, especially following the story we broke around its investment in a digital innovation network.

There is more than just Biogen for Novartis to concern itself with following the announcement of Evrysdi, by Roche last month. A recent trial of Roche’s drug has provided some worrying results for Novartis.

The study found that eighty-eight percent of infants with SMA type one showed after two years that they didn’t require a ventilator and they had improved their motor skills in the second year. Those results are something that Novartis will have to contend with if it wants to secure that market share.