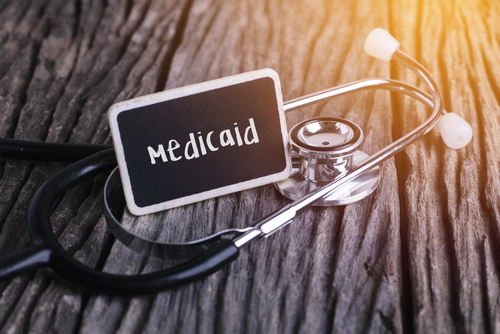 WellCare Health, the company that owns Harmony Health Plan of Illinois, recently bought Meridian Health Plan of Illinois for $2.5 billion. There were 260,000 people enrolled in Harmony’s Medicaid managed care program as of May 1. Those people will automatically be enrolled with Meridian, starting January 1, 2019. “Meridian’s list of doctors is large, just like Harmony’s,” WellCare told customers, “nothing changes for you.”

Whatever changes Harmony’s patients will see, they will most likely be good ones. Before being absorbed by WellCare, the insurer went through a rough patch. In June, the state suspended automatic Medicaid enrollments for Harmony arguing that the insurer doesn’t have a large enough statewide provider network.

At the time, the Illinois Department of Healthcare and Family Services (HFS) said Harmony will be facing penalties of up to $50,000 if it continues to violate the terms of its contract with the state.

This is not the first time the insurer was suspended from receiving new Medicaid clients through automatic enrollment. In 2014, the HFS said the plan scored lower than 90% of national health care plans in 2013, falling behind in areas like children’s and adolescents’ access to primary care doctors, diabetes care, and timeliness of prenatal and postpartum care.

Aside from Harmony, the state has also blocked enrollment of new Medicaid members to Blue Cross and Blue Shield of Illinois (BCBSIL).

The HFS fined Blue Cross $150,000 for having small provider networks and for not properly responding to grievances and appeals. As a result, in September, BCBSIL’s Medicaid enrollment was 415,887 members, 11 percent less than in April, when penalties came into effect.

While those sanctions have not been completely lifted, Medicaid managed care members are now allowed again to choose the insurer. Blue Cross “was able to point to changes the health plan has made to come into compliance,” said Teresa Hursey, HFS’ interim director.

Automatic enrollments, however, will remain on hold, at least until December, when the HFS scheduled a follow-up. Unless Blue Cross shows “necessary improvements,” the insurer could also be penalized up to $50,000 a month.

Both Harmony and Blue Cross are part of HealthChoice Illinois, the state’s revamped Medicaid managed care program, in which private insurers administer Medicaid benefits. Since the new program launched a little less than a year ago, other insurers were fined too. Molina Healthcare of Illinois and NextLevel Health, for instance, were sanctioned for failing to submit complete data or records of covered health care services.

A look at Medicaid’s overhaul

HealthChoice is estimated to save the state up to $300 million a year, or roughly $1 billion over the initial four-year terms of the contracts. While highly criticized at first, the program facilitated the signing of important health bills.

Here are some examples: