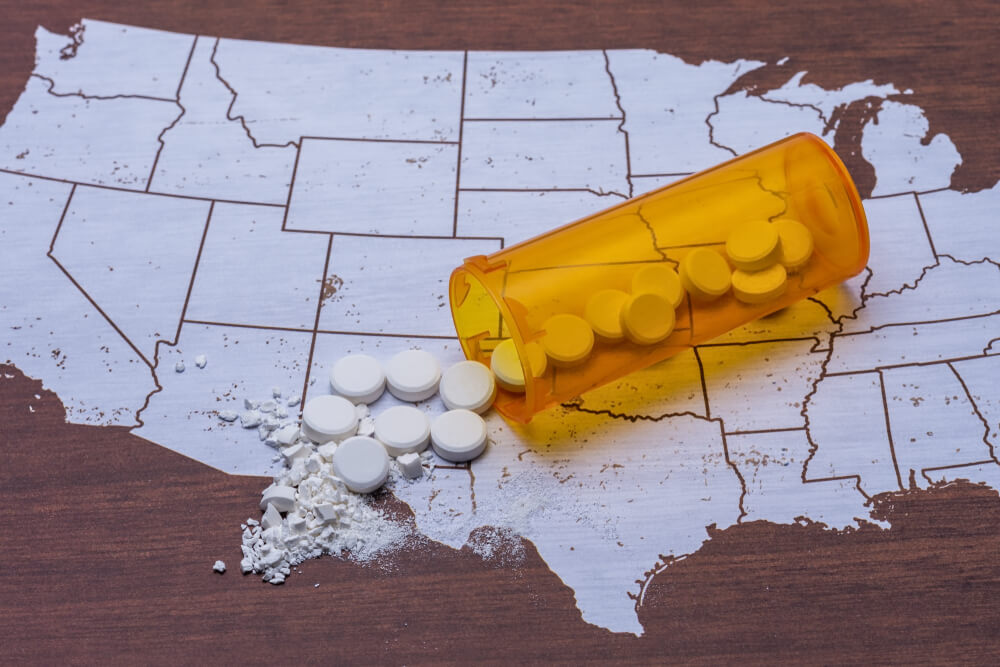 A U.S. judge has paved the way for a landmark trial in which pharmaceutical companies are being sued for being responsible for the nation’s opioid crisis.

Judge Dan Polster of the Northern District of Ohio rejected efforts by major drugmakers, pharmacies and distributors to dismiss claims that they had caused the nation’s opioid crisis, the Reuters news agency reported.

In the ruling, Judge Polster said “… a factfinder could easily conclude the manufacturers’ misleading marketing activities resulted in a substantial increase in the supply of prescription opioids.”

This was one of several rulings that Judge Polster issued. Polster is preparing for a trial scheduled for October 21 over claims from Ohio counties, Cuyahoga and Summit, against Purdue Pharma and more than a dozen other companies for fueling the opioid crisis.

Landmark trial could pave the way for more lawsuits

AP reported that this case would be the first federal trial seeking to hold drug companies, distributors and pharmacies accountable for an overdose and addiction crisis that has killed more than 400,000 Americans since 2000. The news agency said the October 21 trial is partly intended to answer legal questions that could arise in other suits that would follow if a settlement cannot be reached.

Judge Polster is overseeing about 2,000 lawsuits, where states, counties, and cities have sued the pharmaceutical industry for the opioid crisis.

In addition to that ruling, Judge Polster issued five other judgments from various groups of defendants. The judge ruled that civil conspiracy claims against the companies that make, distribute and sell opioids can remain in the case.

“Based on this evidence, a jury could reasonably conclude that the increases in prescription opioids proximately caused harm to plaintiffs. … Because plaintiffs have presented evidence that shows they have suffered the sort of injury that would be an expected consequence of the alleged wrongful conduct, plaintiffs have made a sufficient showing to withstand summary judgment on this issue,” Judge Polster ruled.

Lead plaintiffs counsel Paul Farrell was quoted as saying they were pleased that Judge Polster’s “reasoned opinions have almost uniformly agreed with plaintiffs’ positions on the appropriate legal standards to be applied in these cases and that the court has denied nearly all of defendants’ motions for summary judgment and for exclusion of testimony.”

While this case was before Judge Polster, it has been reported that OxyContin-maker, Purdue is in discussions to settle the opioid lawsuits. The figures that have been bandied about range from $10 to $12 billion.

Purdue Pharma is accused of aggressively marketing prescription opioids and misleading consumers about risks from their prolonged use; allegations that the company denies.

CNBC reported that Purdue Pharma and the Sackler Family, which owns the company, were “actively working” with state attorneys general and other plaintiffs to reach a resolution. Purdue reportedly outlined a plan to file for Chapter 11 bankruptcy protection as a mechanism for implementing the settlement, which the company hopes will address the lawsuits. However, no agreements had been reached amid fears that the negotiations could collapse.

Judge Polster’s ruling came barely a week after another judge ruled that the pharma giant, Johnson & Johnson should pay $572 million to Oklahoma, the first state to successfully sue a pharmaceutical over the opioid crisis.

He said further ruled that Johnson & Johnson not only aggressively pushed false claims about the safety and effectiveness of its own narcotic painkillers, but that it changed medical practice with “deceptive” claims intended to break down caution among doctors about prescribing opioids.

Johnson & Johnson has indicated that it will appeal the ruling.

Statistics show that between 1999 and 2017, nearly 400,000 people in the U.S. died from an overdose involving opioids, including prescription and illicit opioids. U.S. Department of Health and Human Services statistics show that in 2017, 2.1 million people had opioid use disorder, and more than 130 Americans died from an opioid overdose each day. The White House Council of Economic Advisors estimated that in 2015 alone, the economic cost of the opioid epidemic was $504 billion.