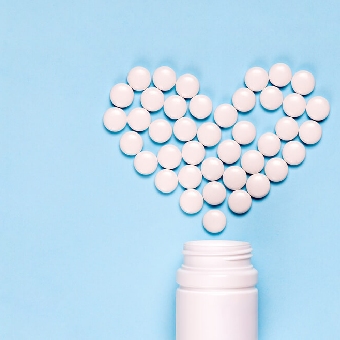 News broke yesterday of a merger deal between Bristol Myers Squibb and MyoKardia, Inc. This deal will see the former acquire MyoKardia for thirteen billion dollars, at a price of two hundred and twenty-five dollars per share, in a cash-only transaction.

This deal has been unanimously approved by the boards of directors on both sides of the deal, and it is expected to close during the last quarter of the year. MyoKardia’s heart drug mavacamten is a key part of this deal.

Background Of These Two Healthcare Firms

Bristol Myers Squibb is a titan in the pharmaceutical market, with revenue of over twenty-six billion dollars. The company is renowned for its smart acquisitions and this looks to be another. Primarily focused on HIV/AIDS, cardiovascular, and cancer treatments, this is a very typical merger for the firm.

MyoKardia is a clinical-stage biopharma firm that focuses on both the discovery and the development of pharmaceutical remedies for serious cardiovascular diseases. One of the success stories of MyoKardia has been its development of the heart drug mavacamten.

This drug has a potential first-in-class stamp of approval when it comes to cardiovascular medicine, and it was one of the most attractive prospects of the deal. The heart drug mavacamten is used in the treatment of obstructive hypertrophic cardiomyopathy, chronic heart disease with a huge morbidity rate.

Speaking on the acquisition of this drug in particular, Giovanni Caforio, M.D., Board Chair and Chief Executive Officer of Bristol Myers Squibb said:

“We are further strengthening our outstanding cardiovascular franchise through the addition of mavacamten, a promising medicine with the potential to address a significant unmet medical need in patients with cardiovascular disease.”

There is certainly a feeling of these two firms being cut from the same cloth, and Cafario agrees with that assessment in terms of both firms’ approaches.

“Our companies share a commitment to innovation and bold science, and our respective strengths will help us realize the value inherent in this portfolio. We have long admired MyoKardia and what they have done to revolutionize cardiovascular treatments through a precision medicine approach. We look forward to welcoming their talented team to our company.”

It is of course important to recognize that both companies will be winners with this merger. The relatively young MyoKardia now has the advantage of using its new partner’s backing to launch hard in 2021. Early expectations are that MyoKardia will file for FDA approval of mavacamten in the first quarter of next year.

“MyoKardia was formed eight years ago with the aim of changing the world for people with serious cardiovascular diseases through bold and innovative science. Since then, MyoKardia’s dedicated employees have established an unparalleled pipeline of targeted therapeutics designed to change the course of the disease and return the heart to normal function.”

Originally the heart drug mavacamten was funded by Sanofi, which pumped almost two hundred and fifty million dollars into its development. Oddly, the company then allowed their agreement to lapse at the end of that particular period. In 2019 MyoKardia decided to buy back royalty rights from Sanofi for just eighty million dollars.

Quite what the French pharma company saw, or didn’t see, in this deal remains to be discovered, and MyoKardia will certainly be happy that they made the buy-back move. We can’t, of course, say anything negative about Sanofi, after we reported that the USA would get priority to its Covid-19 vaccine.

The higher price of this particular transaction results from the impressive phase three clinical trials of the drug. Despite this, the FDA has not yet approved any treatment for HCM. There is a general consensus that with Bristol Myers Squibb behind the heart drug mavacamten, 2021 will see it approved.

Caforio was quick to reinforce the vision which the company has towards its patients, especially those suffering from this particular disease.

“Bristol Myers Squibb shares our vision for transforming the treatment of cardiovascular disease. They value our team and the potential of our platform and, most importantly, share our unwavering commitment to placing patients at the center of everything we do.”

The deal looks set to be funded thanks to BMS’ twenty billion dollars in cash which it’s sitting on as of the end of June. Despite the money spent by BMS on the Digital Cancer Companion app which we reported, questions were asked about the remaining tens of millions of dollars.

It was after all these funds which drew so many in the media to speculate as to where it would be spent. Now we know.