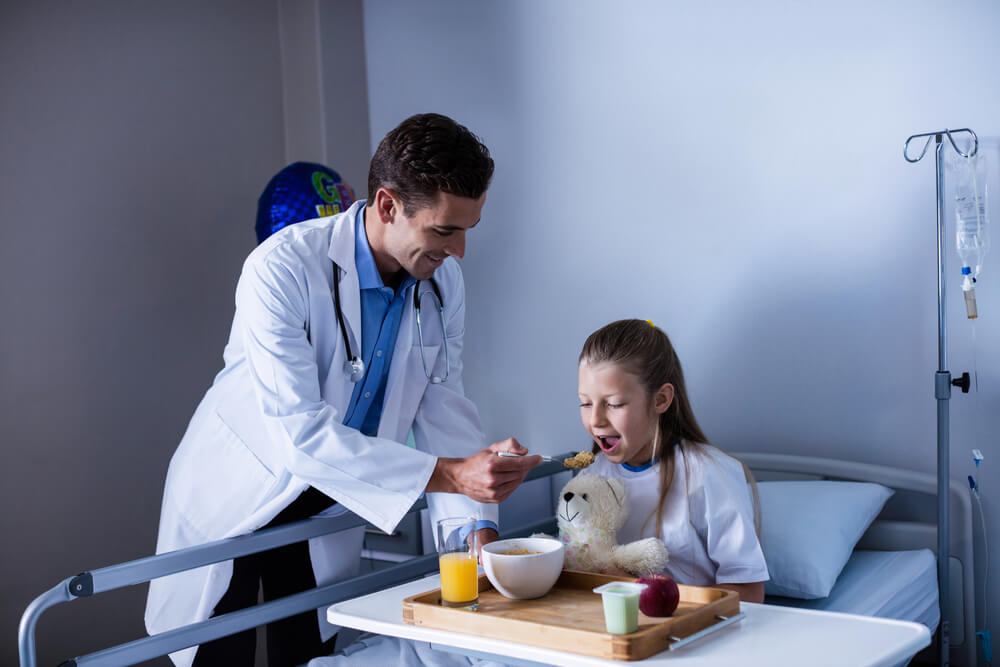 Two ends of the food consumption spectrum require help: obesity and food insecurity. We wrote here about widespread obesity around the world and how it can be reduced. At the other end of the spectrum, Chicago is dealing with issues around food insecurity.

A Chicago children’s hospital, however, has just launched a food delivery program to help patients in need. This feel-good story, amongst all of the doom and gloom the year has so far offered us, is much needed right now.

Lurie Children’s Hospital will be delivering healthy food to over one hundred families who would otherwise run the risk of going without. This effort is being launched thanks to a $150K grant given to the Chicago children’s hospital by Cigna. This grant will pay for food and much more, as the hospital begins outreach work in the community.

The Chicago Children’s Hospital Which Seeks To End Food Insecurity

This Lurie Children’s Hospital has sought to do this kind of work for over two years now. In 2018, Lurie announced it would launch the city’s very first food pantry to be situated inside the pediatric clinic. Owing to a lack of funding, the hospital was not able to expand as they would have liked.

Thanks to the grant from the Cigna Foundation, the children’s hospital can now get to work in tackling food insecurity. Dr. Adam Becker, the Executive Director of the Consortium to Lower Obesity in Chicago Children, wrote the following in a news release;

“Food insecurity is a significant barrier to children’s health. We hope to reduce the burden on vulnerable families, especially those who are caring for children with medical complexity.”

Whilst the money which this Chicago children’s hospital will spend on food will be beneficial, Lurie also wishes to address other issues. The vice president of the hospital’s Institute for Healthy Communities, spoke about the need to go beyond simply feeding people;

The screening process should help the hospital to identify those who are most at risk of facing issues relating to food insecurity.

Timing of The Announcement

Food insecurity was an issue in Chicago before the events of 2020; events over the last 7 months have certainly inflated the problem. Given job losses and temporary lay-offs, those who never before faced problems feeding their family now do.

This is why the decision of this particular Chicago children’s hospital has certainly been a welcome one. The decision by the Cigna Foundation, to provide this grant to the hospital, is one that should also be commended.

According to Feeding America, one in every seven people in Illinois will experience food insecurity this year. With a rise in food bank usage and a drop-off in donations, this is going to be a tough winter for many in the city. The more funding is given to places like Lurie, the better off everyone will be.

READ
Advocate Aurora Pledges To Use Only Renewable Electricity By 2030

The hospital set up three screening centers during the pandemic to help those in need of food support. These were set up in the hospital’s clinics for muscular dystrophy, a primary care facility, and a kidney transplant center.

Originally, the idea was to make use of these screening centers solely during the pandemic, but it now looks like they will continue to operate even when issues with the virus begin to improve. Discussing this, Daly said;

“Food insecurity was a major priority for a lot of the families that we care for. So this will certainly go on.”

This is yet another brilliant example of Illinois hospitals doing well. We covered the story on the seven hospitals named to be among the best at the Leapfrog awards, and now we have Lurie Children’s Hospital showing their qualities, too.

Given this tough climate, which doesn’t appear to be getting much better, the city should welcome all efforts like these. It is times like these when we have to depend the most on grants and funding efforts for those institutions and organizations seeking to do outreach work in their communities.